The Riverside Centre, an adolescent services office and, Stakeford Depot, a 3,000m2 council depot including offices and workshops, were identified as in desperate need of heating upgrades, with the existing heating systems failing resulting in high running costs, high maintenance costs and poor comfort for the building occupants.

The resulting works are estimated to save the council around £230,000 in running costs and generate over £900,000 through the Non Domestic RHI over 20 years.

The Riverside Centre is off the gas grid, and was heated by failing electric night storage heaters. As a result the building suffered with high running costs, poor comfort and high carbon emissions.

Used by children’s services and the youth offending service, during the works the building had to remain open at all times. As a consequence, with vulnerable people often on site, the internal installation programme was carefully designed with the building occupiers to minimise disruption.

Unlike the Riverside Centre the depot was heated by gas boilers. These had been failing for a number of years to such an extent that most offices had temporary electric heaters, while some even had permanent electric heaters installed. Consequently, running costs and carbon emissions were high and occupant comfort was low.

Consisting of a mixture of offices and workshops, during the works the building remained occupied throughout the ground source heat pump works.

What did the project involve?

Kensa Contracting was responsible for the full system design carrying out detailed surveys to enable room specific heat losses to be calculated to enable correct sizing of the heat pump and the heat emitters.

Once on site, Kensa took full responsibility for managing the projects and employed specialist sub-contractors to carry out the drilling, headering and trenching and the internal installations.

Oakes Energy were appointed as Kensa’s sub-contractor to handle the internal works. This encompassed the installation of the ground source heat pumps within the plant rooms, including installing new pipework (re-using where possible),  fittings, valves, pumps, and buffer vessels where required, new heat emitters (fan coil units and radiators), new wet heating distribution pipework, and of course the decommissioning and removal of the former heating system.

Great efforts were taken to minimise disruption and decoration post-installation as a consequence of the removal of the old system. To this end, Kensa worked with Oakes Energy to utilise existing materials where possible – extended existing concrete plinths and re-using distribution pipework where possible – as well as sourcing new custom-built fan coil units to occupy the same footprint of the previous ageing models; demonstrating Kensa’s practical approach to finding non-standard solutions to achieve the best result for the client.

Kensa was also responsible for ensuring that the systems met all eligibility criteria for the Non Domestic Renewable Heat Incentive (RHI), and were successfully accredited on this scheme.

Capital expenditure for the two projects was approximately £690,000.

The council considered the lifetime of the new systems to be 20 years. As the council intends to retain ownership of these buildings long into the future, the installation of the boreholes was considered to be an infrastructure investment that would reap benefits long after the 20 years of this analysis.

*At Stakeford Depot the council had already budgeted for a new gas system along with upgrades to the heat emitter circuit, as many of these were in poor condition and not working. If this replacement cost is included as a counterfactual, it obviously has a positive impact on the NPV and IRR.

Northumberland County Council is committed to making its buildings more energy efficient as well as more environmentally friendly. They believe that ground source heat pumps will play an important role in helping them achieve their aims.

The vast majority of these carbon savings have come from installing the ground source heat pumps however, as part of this project, Kensa also upgraded the loft insulation to a minimum of 300mm where needed to reduce energy consumption and carbon emissions still further.

As the grid decarbonises over time then the long-term carbon savings become greater.

The works at the Riverside Centre and Stakeford Depot have demonstrated that ground source heat pumps can become a mainstream heating solution for the thousands of public buildings that exist throughout the UK.

It shows that the technology can be applied in difficult retrofit situations and to a wide range of buildings including fire stations, offices and council depots. 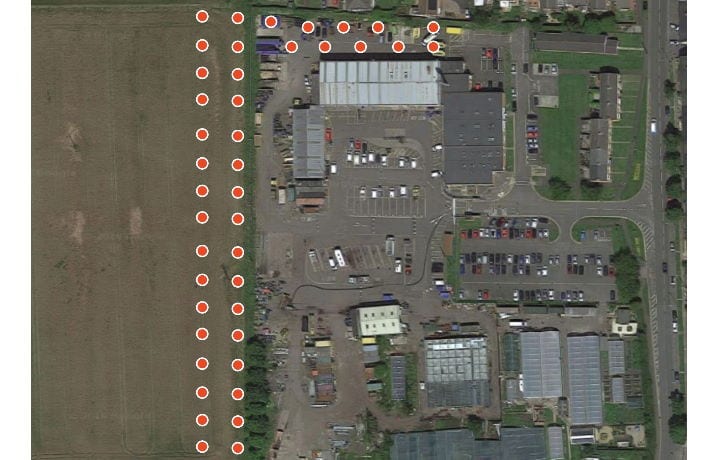 Three Northumberland County Council fire stations operated by Northumberland Fire and Rescue Service have reduced their reliance on fossil fuels and identified innovative ways to generate income to invest back into core services thanks to a recently completed first phase of ground source heating installations.